Pat graduated from Western Michigan University and played four seasons for the Broncos. He was then drafted in the 7th round by the San Francisco Giants. He has played over 14 seasons of professional baseball, parts of six seasons in the Major Leagues with the Giants and New York Mets. Also, making stops with the Philadelphia Phillies, Detroit Tigers, Miami Marlins, Santurce Cangrejeroes (Puerto Rico), Lamigo Monkeys (Taiwan), and Orix Buffaloes (Japan). His goal is to provide workouts and routines designed for each individuals needs and goals, develop habits to stay healthy and strong, create positive mindsets with mental training, help understand how your pitches work, and help reach your greatest potential.

Steve graduated from Milford High School in 2009. He played two seasons at Sinclair Community College from 2010-2011 finishing the 2011 season with a .368 BA and winning an OCCAC Title. He played 2 more seasons at Western Michigan University finishing the 2013 season second on the team and 15th highest in the MAC with a .323 BA. 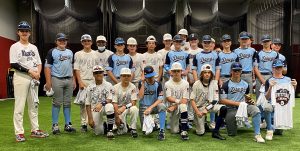 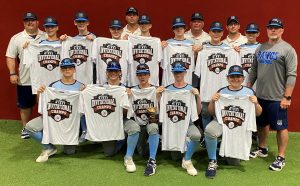 Join us to learn more about our WOW Rookies baseball program for ages 6-8! Our fast paced league is the fastest growing in the area! Come see what it's all about before signing up for next season! ... See MoreSee Less